by The Usual Things 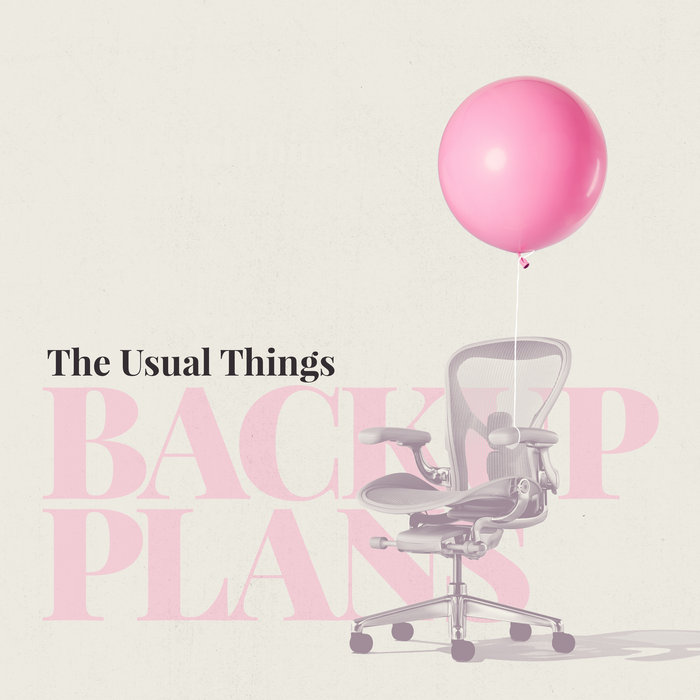 “Be careful what you get good at doin’ ’cause you'll be doin’ it for the rest of your life.” An all-too-common sentiment shared by maturing musicians trading their passions for what pays the bills. The Usual Things (Minneapolis, MN-based alternative rock) find the balance with their third record “Backup Plans.”

The band’s influences range from the forward-leaning production of Beck, to the guitar-based melodies of early Radiohead, to the straight-forward rock fervor of the Foo Fighters. The Lemonheads’ “It’s a Shame About Ray” rarely leaves their van’s CD player.

Finding the balance between their musical ambitions and the day-to-day means capturing inspirations where they appear. For singer / songwriter Aaron Shekey, this means embracing his backup plan—a startup building apps for musicians. “This entire record was written using Hum, an app I’ve created for collecting songwriting ideas. Every iteration of every song. Cover-to-cover.” He continues, “Hum has changed the band’s songwriting process... allowing us to explore new ideas, both sonically and lyrically.”

Bringing fully-formed ideas to the studio allowed the five-piece to record live, warts and all, in a new process for the band. Drummer Layne Knutson explains, “We found an energy on these songs we weren’t always able to capture in our other records, the five us in the same room feeding off each other.” Guitarist Dan Braak adds, “We’ve finally matched our live show.”

And it shows. Adding Andriana Lehr on keys and Sam Hall on bass, The Usual Things are poised to be the road-warriors they’d always planned to be as they graduate beyond the Minneapolis club scene.